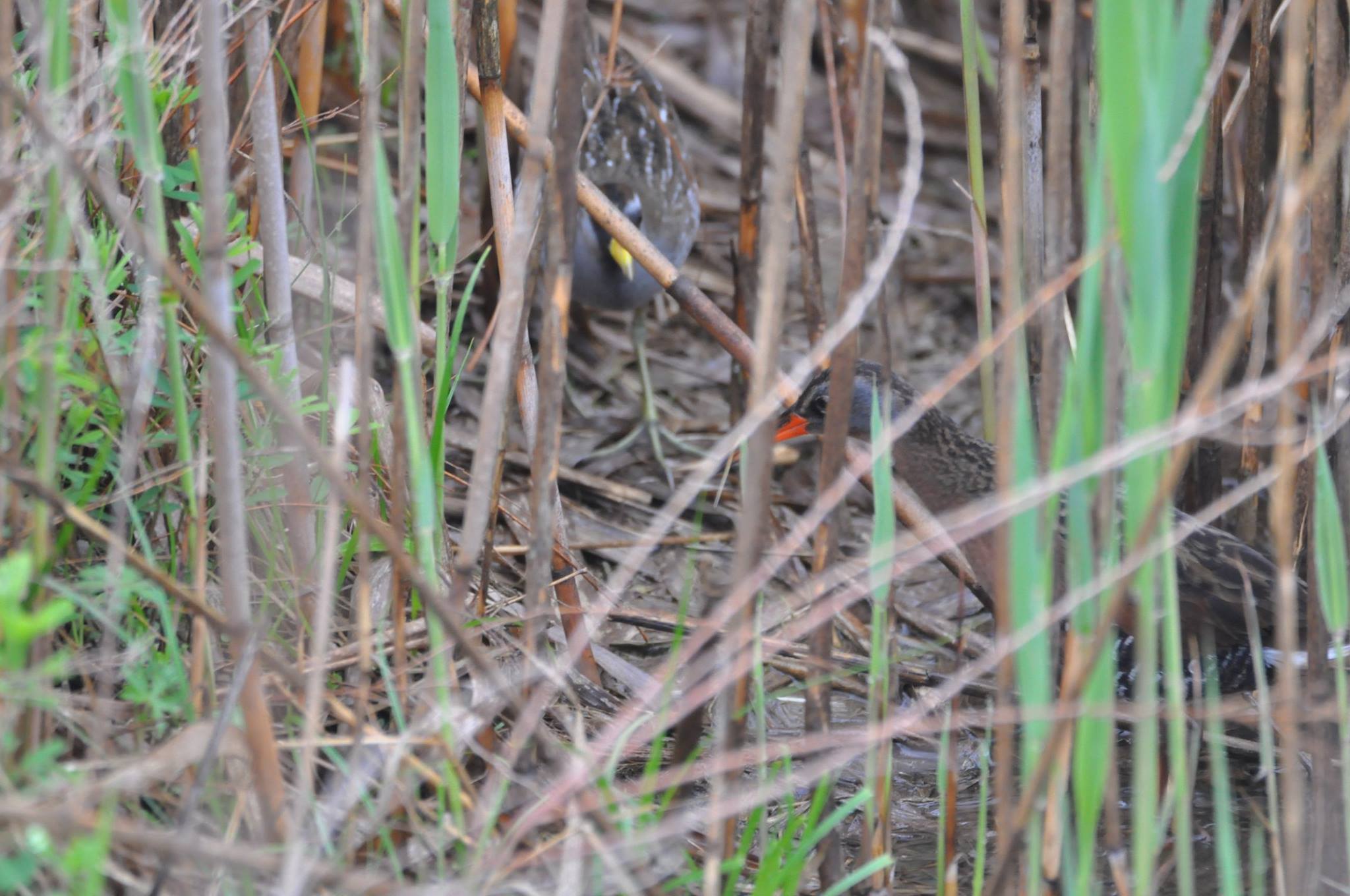 With an estimated 5 million acres of wetland habitat lost in the United States since 1950 and widespread wetland bird declines across the Great Lakes region, it is remarkable that wetland fragments in Illinois and Michigan support over 100 bird species. Such species include state-endangered Black-crowned Night Herons, Yellow-crowned Night Herons, American Bitterns, state-threatened Least Bitterns, and multiple cryptic rail species. Population sizes and distributions remain elusive for rails and American and Least Bitterns due to their cryptic natures. Although Blackcrowned Night Herons are not cryptic, they are sensitive to human disturbances and may abandon nests if disturbed. We gathered occurrence data on these species of concern using  environmental DNA sampling.

Our ongoing research shows we can identify multiple cryptic rail species using degenerate bird and vertebrate primers, meaning identification of bittern and heron species through eDNA sampling appears promising. We expect eDNA sampling to be more sensitive than point count and playback surveys at identifying our species of interest, especially cryptic species like the American Bittern and Least Bittern. We have collected ~500 samples across northern Illinois and Michigan, paired with point count and playback surveys. A portion of Illinois samples have been sequenced, and we have successfully detected rail DNA for multiple cryptic rail species such as Soras, King Rails, and Virginia Rails. We plan to test whether soil or water samples contain more bird eDNA. We also plan on investigating whether rail, heron, and bittern occupancy increases further from urban centers and with an increased proportion of emergent wetland. The methods we are developing can likely be used in any temperate wetlands to detect cryptic and rare species. 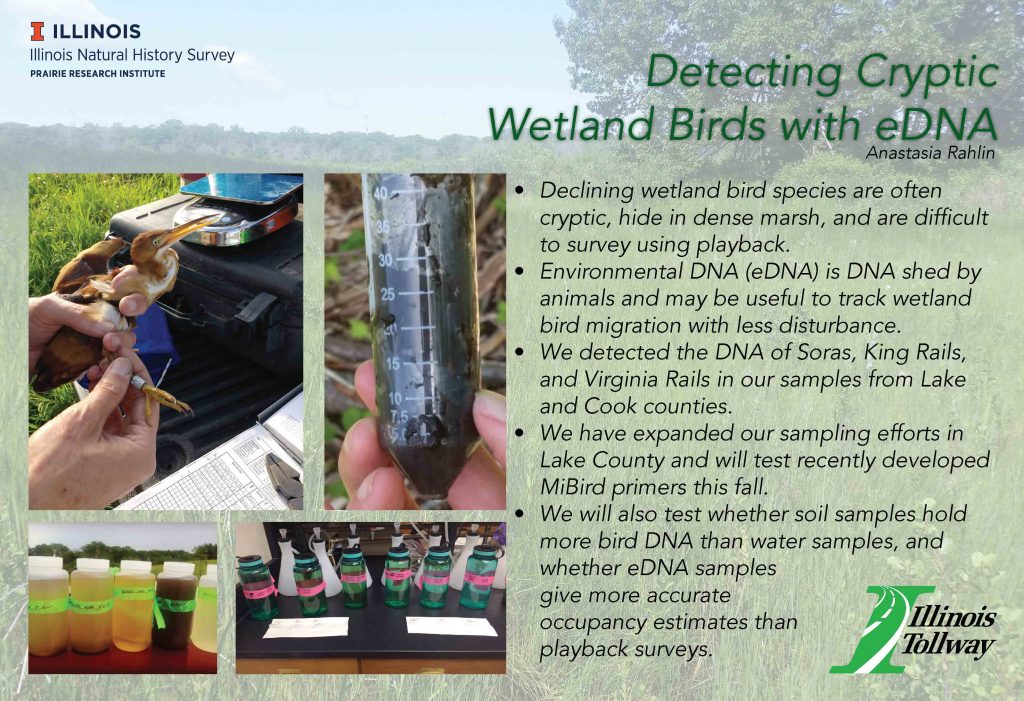